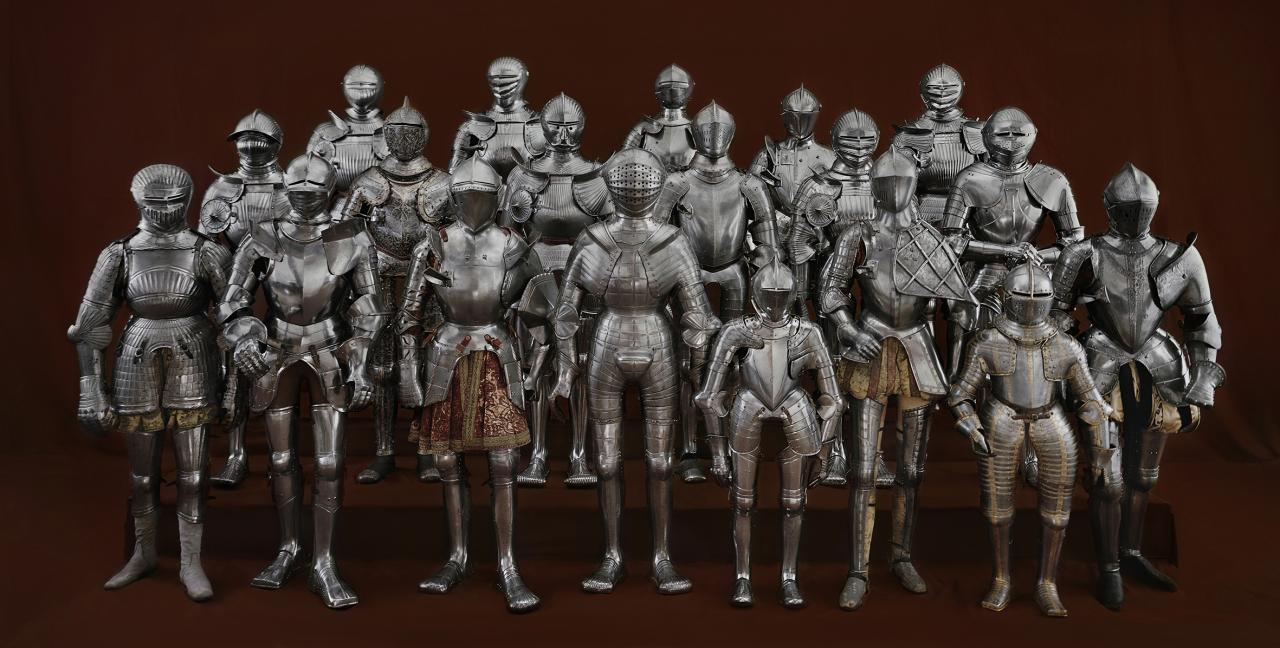 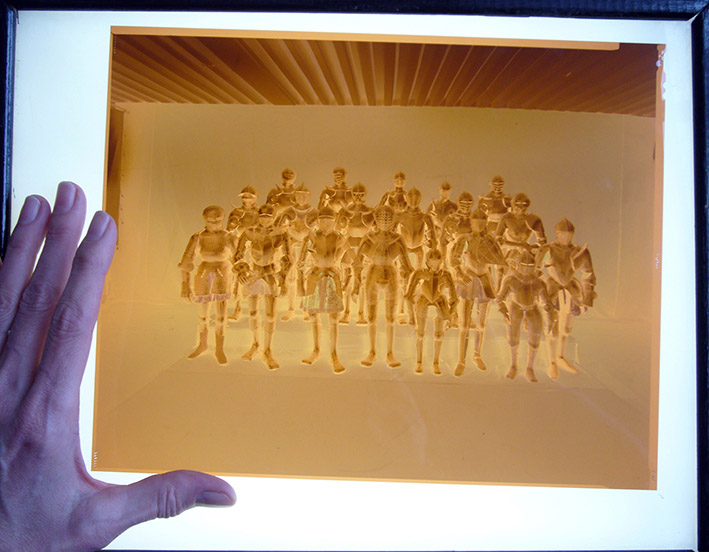 The project of The Armors took place at the French Musée de l'Armée in Paris in 2014 in the arsenal that houses the reserves of the Antique Department. Using the model of a traditional group photo, this project is monumental because at a scale of 1:1. The picture is directly maruflaged on the wall as were the fresco paintings current at the time armors where used. Fantomatic presences, these surface images appear during the exhibition and then they disappear, casting doubt about their own reality. A primitive version of the cyborg, or 16th and 17th centuries’ versions of Star Wars, the outdated appear of these metalic bodies, some with mustaches, appears as a mascarade which playfully evokes war games without fulling hiding their menace. 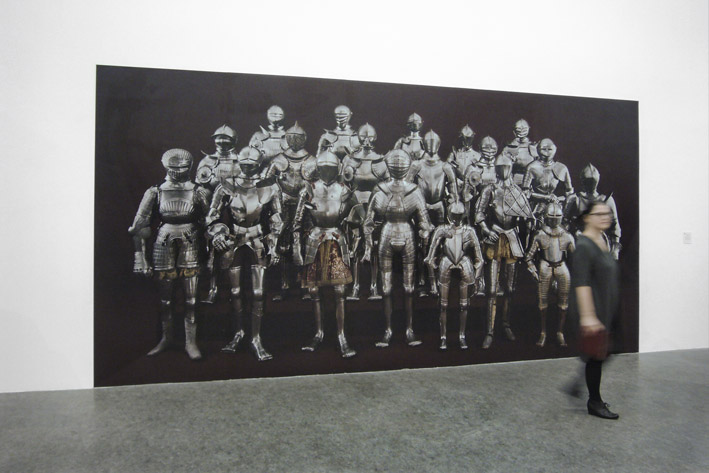