In 2015, I was invited to present my work in the rooms of the permanent collection of the Fine Arts Museum in Lille (France). Six projects were selected: Le Christ (1992-2000), Les pierres tombales (2006), La table (2003), Plaques sensibles (2009), Rubik’s Cube (2010) and Nuancier (2014). The installations in the museum rooms shown below are the ones which could be rendered by photography, all were not "photogenic". But each subject matter was unique, and the group of the six projects unveils my interest for painting, for the notion of tableau, and for the two-dimensional representation in relation to the museum space and its collection. 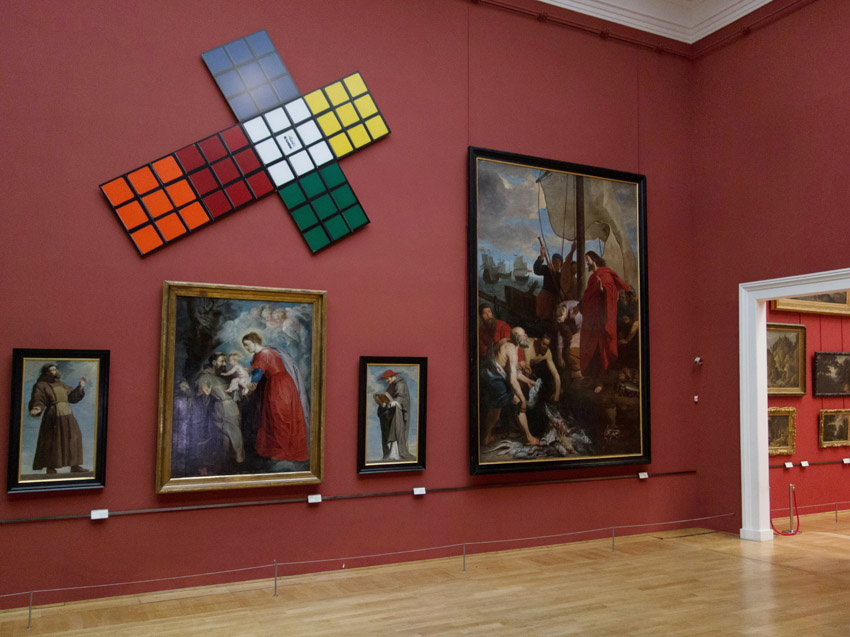 Originally, the cube was invented by a sculptor for architecture students. It was a device to help them percieve and manipulate the dimension of space concretely. But unfolding it and laying it out on a flat surface illustrates what all images accomplish : converting the three-dimensional into two dimensions. 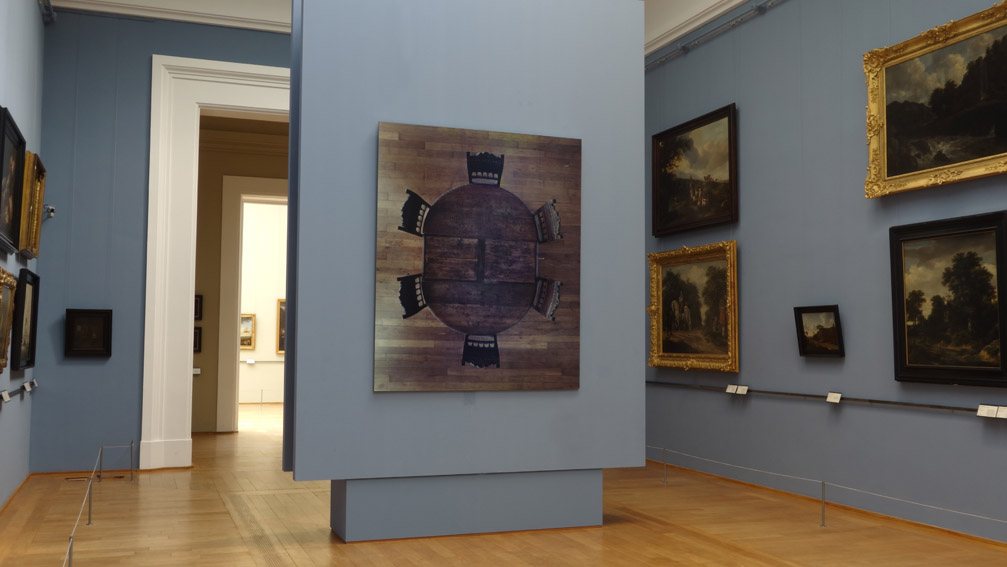 An emblem of family reunions, this table surrounded by its chairs is considered here as a motif. Freed from its function, it can admit other representations, other images, which can echo each other in the free-play of association or analogy. 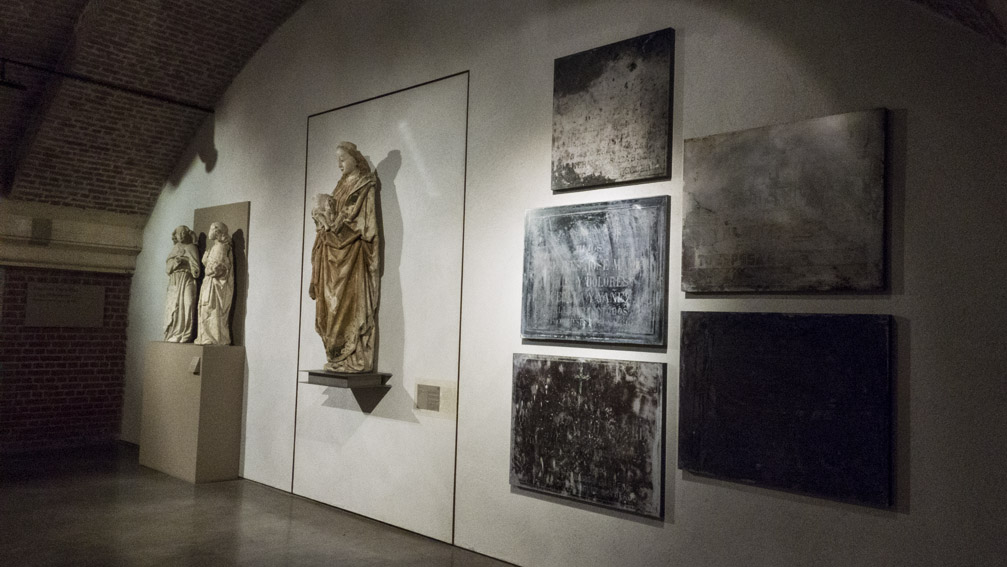 For this series of headstones, the shooting reflected the shape of the object given that these smooth surfaces dictate the manner in which they would be framed. These pictures minimize the divergence between the object and its representation. These marble surfaces have been eroded in a manner which echoes the process of analogic photography; a relation is established between the nature of the object and the way in which it can be registered.

This project which had grown out of a detail of one of Ph. De Champaigne’s paintings, began in the 90s and was brought to fruition only ten years later. Combining pictorial tradition, christian imagery and photography, it questions the nature of the visible, of all the optical processes that constitute the act of « seeing » as such. A dialogue is established between the materiality of the painting which produces its own light and that of photography which claims, merely, to register it.

These boxes for photographic plates evoke the history of photography and the fantasy of a mechanical image. The lids of these reliquaries of light toy with evocations of speed, truth, perfection, sensitivity or cartographic optics in a glowing lexicon which is reflected by their jaunty graphic design.

This second hand color chart borrowed from a neighbourhood haberdashery is reproduced at its original scale. Everyday tool which doubles as an emblem of a great pictorial tradition, this colorful palette spans the whole range of the delicate shades which can elicit pleasure for our eyes.